Bloomsbury blog Socially responsible investing is popular, but is it sustainable?

Throughout the history of investing there is always a new trend or a popular fad that gains the attention of investors. It is often portrayed in the media as a ‘must have’ or a ‘sure thing’.

These trends in the preferences and tastes of investors, as well as ideas and opportunities presented by solution providers, should be evaluated and considered as part of ongoing due diligence. But for the most part, it is wise for investors to let the urge to invest in over-hyped ideas pass by. Examples seen in recent times include the tech wreck at the turn of the century, the commodities bubble in the early 2000’s and the gold rush soon after.

Although it is prudent to review and research new ideas, the principles of sound investment stewardship are timeless and definitely don’t bend to the latest fad. Commonly, fads have a limited time in the sun and those who jumped in late, often at peak prices, are left to deal with the subsequent poor performance. However, there is a new movement broadly described as Socially Responsible Investing (SRI), also referred to as ESG investing.

This takes a holistic investment approach, where environmental, social, corporate governance (ESG) and ethical issues are considered alongside financial performance when making an investment.

This development has gained significant traction over the last several years fuelled by increased investor awareness. 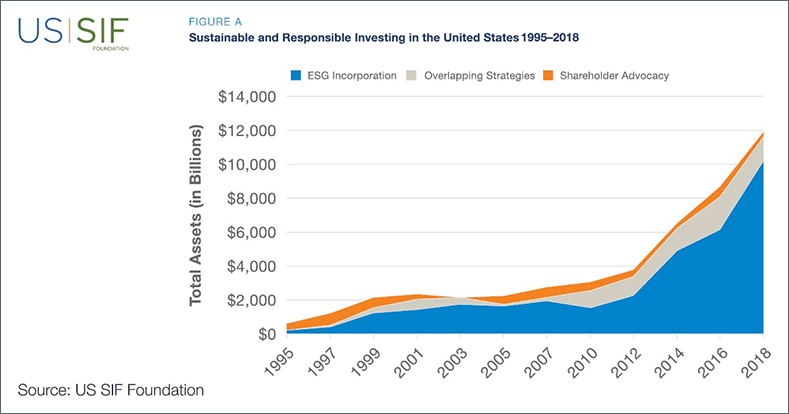 Chart 1. Sustainable and Responsible Investing in the United States 1995-2018

SRI investment has tripled since 2012 as noted in Chart 1, which illustrates assets (in Billions) invested in ESG or similar strategies. This increase matches the growth in signatories to the UN Principles for Responsible Investing (PRI), shown in Chart 2. 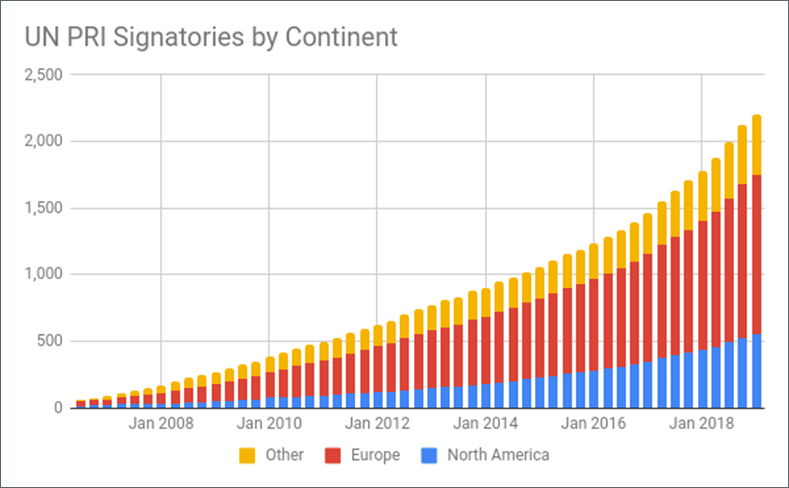 In New Zealand, the turning point came in August 2015 when stuff.co.nz ran an article called “KiwiSaver, cluster bombs, mines and nukes” highlighting that KiwiSaver was ‘funding’ cluster munitions1. While this headline was meant to be provocative more than accurate, it touched a nerve in the collective consciousness of the nation. Most KiwiSaver providers responded by filtering out companies associated with these type of weapons. This filtering is a form of SRI investing.

The definition of a socially conscious issue is not standardised and can vary according to personally held beliefs. According to the Responsible Investment Association Australasia (RIAA), investors are showing an increasing concern about fossil fuel exposures and human rights violations2. These are beginning to form the second round of exclusionary screening in a number of funds following the trend towards screening tobacco and controversial weapons that commenced in 2016.

In New Zealand, funds have now become available that adhere to the sound principles of good investment, such as wide diversification, low overall costs and non-speculative mandates, and also have some greater level of ESG integration. As opposed to just screening out unwanted industries like tobacco, ESG integration involves the systematic and explicit inclusion of environmental, social and governance factors into the investment decision making process. Through these funds, many of the concerns expressed by investors over the last few years are able to be addressed.

Socially responsible investing is now an option and it’s important to know that you have a choice. If you have any questions about this type of investing, please give us a call on +64 4 499 6979.